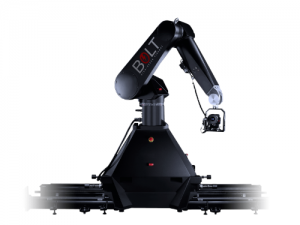 The Bolt High-Speed Camera Robot captures images in crisp focus that would be impossible by hand or any other method. The Bolt adds an entirely new perspective to filming, whether shooting commercials, tabletop work, film or television.